It turns out a graphic designer’s perspective can be a huge asset when illustrating. Often a few key tweaks can take an illustration to the next level. I try my darndest to think like a designer, but whenever I need outside feedback on my illustrations, I ask my designer friend for her thoughts and BAM! improvements abound.

Here’s my newest example. I created a title page for my in-progress graphic novel using the concept of a TV show opener. You know, the part where the show’s setting and characters are introduced during the theme song. Here’s what I initially came up with: 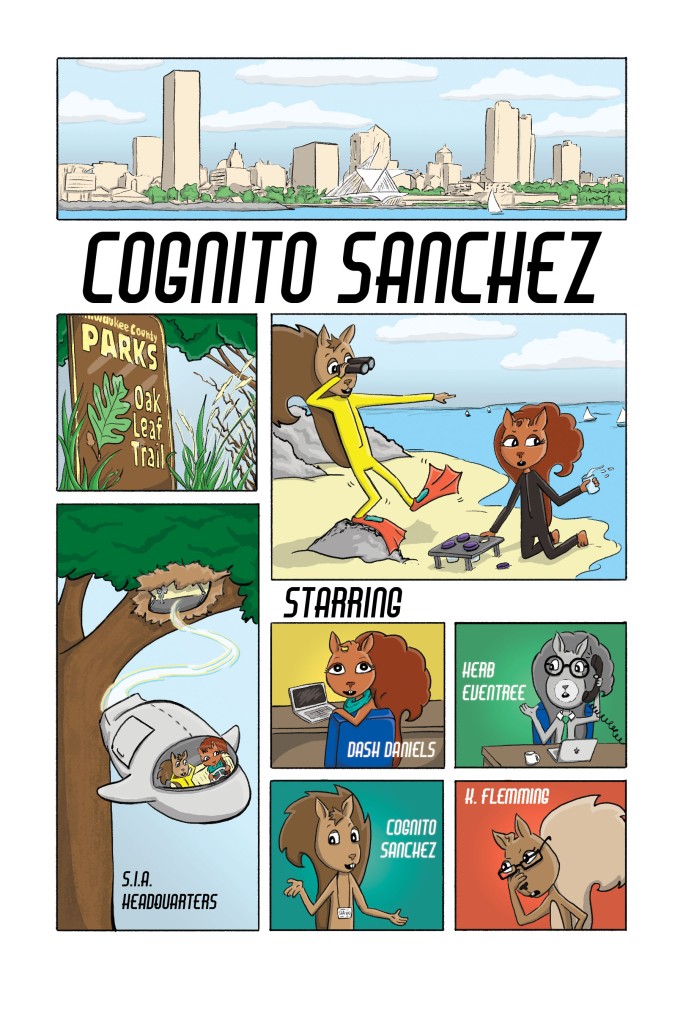 I was pretty happy with it. It felt balanced. I liked the flow and layout. But when I placed it within the context of the cover and the chapter 1 sketches, it felt a little out of place. Now, this is an area where graphic designers shine: creating a cohesive look and feel across multiple materials. Upon asking for feedback, my designer friend suggested flooding the background with a color to better coordinate with the cover. And that’s when it hit me: expand the skyline image and extend the water behind the panels below. I also added bubbles, just for good measure. Here’s the result: 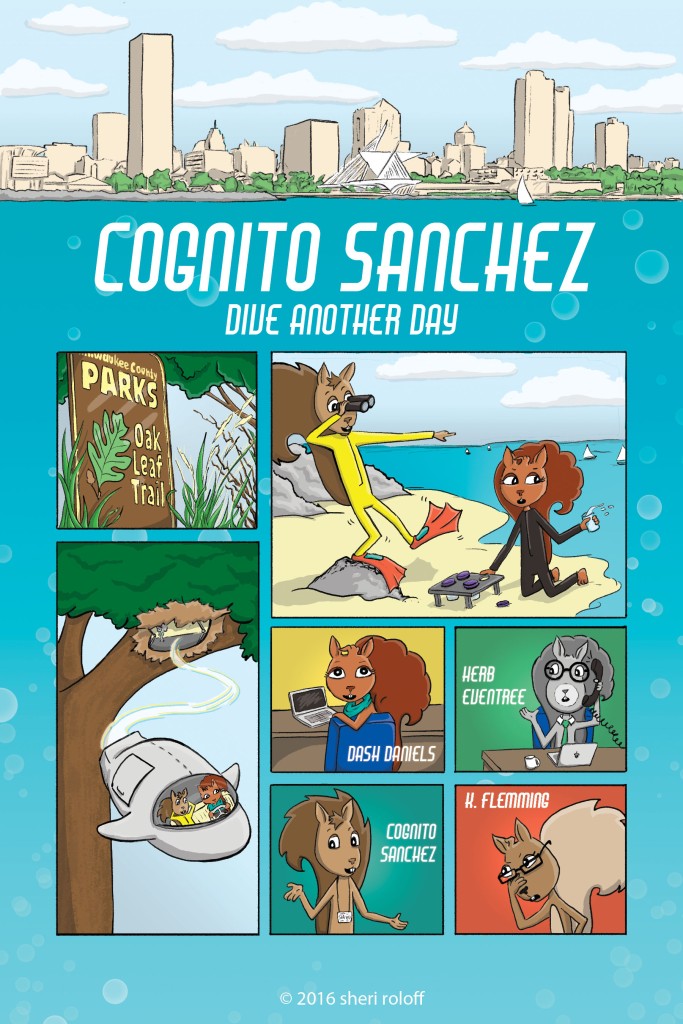 So much better! I’m much happier with it, and it coordinates far better with the cover now:

It’s exciting when small changes make such a big difference. For more in-depth look at how graphic designer superpowers can boost illustration work, check out my SCBWI blog post. Or befriend a graphic designer today!

I’ve been knee deep in first chapter sketches for Cognito Sanchez. Here is the newly imagined first page. My inspiration was TV show intros where they show the setting and the main characters while the theme song plays. 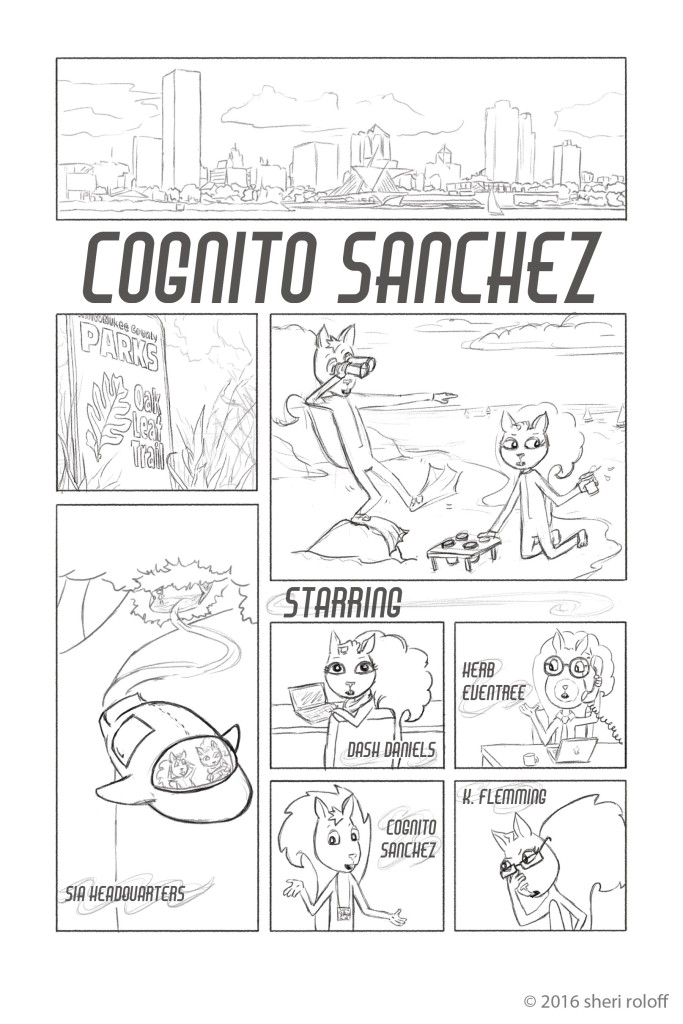 Thanks for stopping by, and have a great week!